Join us on May 21st for the Seattle Marketing Analytics Group’s Event – How to Fail as an Analyst, yet Survive and Thrive! w/ BECU 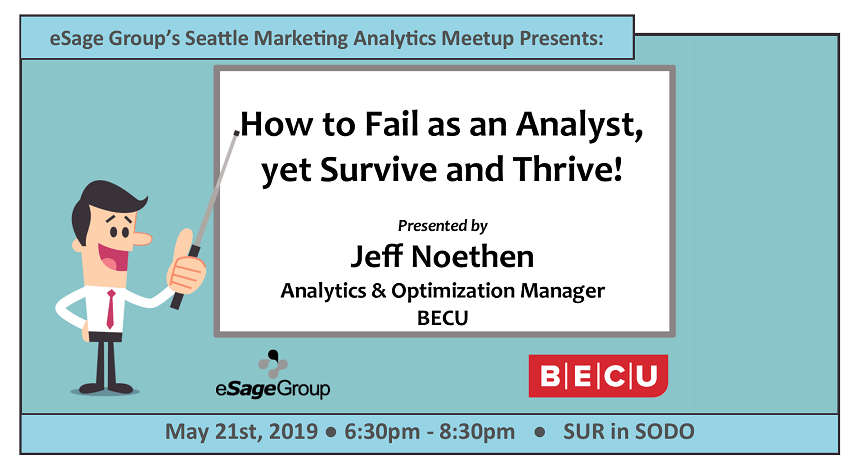 There are arguably 4 categories of failure that you’ll experience in Digital Analytics: Data / Tool failure, Organizational failure, Client failure, and Self Failure. Of course there are sub-groups in each of those categories that we’ll dive into here as well, but it’s not so much the failure itself as it is what you learn from failure. I’ve failed more often than I’d like to admit in my career, but in many ways it’s the failure that has shaped my career more so than the successes that I’ve had along the way. If you aren’t failing then you probably aren’t learning anything. So we’ll walk through these categories of failure and talk through some real world examples. Finally, I’ll walk through two case studies where a failure actually leads to success: the first harnesses the power of Google BigQuery to dive deeper into user data to uncover bad assumptions; the second involves overcoming organizational failures and personal failures when working on a major website change.

eSage Group is the organizer and sponsor for the Los Angeles and Seattle Marketing Analytics Groups.