Are you making the most of your company’s ‘software layer’? 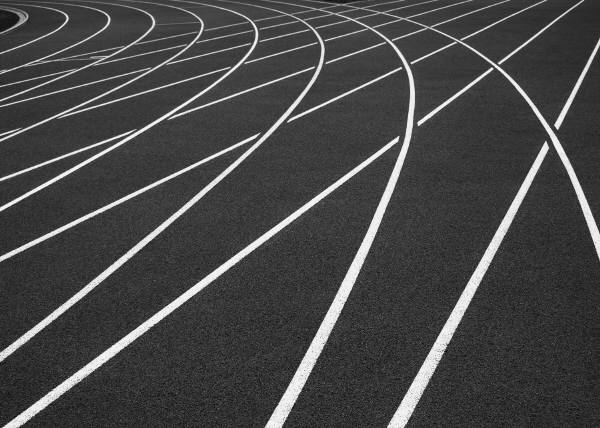 Interesting way to think about an organization. I definitely agree that the software layer is becoming more important every year and companies really need to think about how they are going to efficiently build and maintain this layer to serve both their customers and their internal users. The larger the organization becomes the more disjointed and dysfunctional the software layer becomes. There are simply too many competing interests. How are you addressing this issue?

As consumers increasingly interact digitally with companies, competitive advantage lies in understanding the range and complexity of those touch points.

The past 15 years have created a very different business environment, which has empowered consumers, commoditized many products and services, and dramatically compressed margins. Not surprisingly, these changes have forced businesses to operate differently. But exactly what kinds of companies have successfully transitioned to the digital age? How have they regained and retained competitive advantage at a time when location is no longer a barrier to transactions, brands alone aren’t a proxy for quality, and pricing is increasingly transparent?

Of course, the answers to these weighty questions vary by industry and company. But I want to advance an idea that can help just about all executives concentrate their thinking. Whether you know it or not, your company operates as two businesses: a core that sells products and services (as it always has) and what I call the software layer (exhibit). This permeable layer comprises the technologies through which customers interact with your company, and vice versa.

To compete successfully, you must run your core business and your software layer as rigorously as possible. That means building an effective experience for people who use digital media and technology to interact with your company, investing to make such interactions a reality, and adopting a product, marketing, and sales approach that integrates the core business and the software layer into one compelling offer. In the digital age, optimizing the performance of both core operations and the software layer is mandatory. You can’t choose one or the other.

For most companies, the software layer includes a corporate Web site, mobile applications, and a presence on Facebook, LinkedIn, or other social networks. It also includes e-mails sent to consumers, contributions to online communities such as discussion boards, digital advertisements on third-party Web sites, or touch screen installations in public venues or stores. Less visible interaction points include the application-programming interfaces through which computer programs connect and communicate with each other, digital marketplaces, and the order-management systems that facilitate business-to-business transactions. Fundamentally, any way someone or something uses technology to interact with your company is part of your software layer.

The need for companies to have a software layer has been driven, not by the digital revolution itself, but by the changes in consumer behavior it has enabled.1 More and more people prefer to do business with companies online instead of in stores. They stream movies rather than find something on television, and pay bills online rather than mail a check. This exponential growth in the number of virtual consumers, upending decades of ingrained business behavior, will only increase as people born after the Internet’s advent become the primary consumers and business decision makers. A company’s digital touch points—the avenues through which it interacts with consumers, such as Web sites, mobile devices, and social media—are in the ascendant, and the software layer is critical to attracting and winning digital-first consumers.

Individual companies recognize this. The retail-banking operation of JPMorgan Chase, for example, ensures that as many aspects of the banking experience as possible can take place through mobile devices, from depositing checks to sending friends money. The software layer can also dramatically change the way industries operate.

Consider the advertising business. To buy a television ad, for example, I must get in touch with a sales representative, negotiate a rate, and go through many manual steps to ensure that the ad gets on air. To buy a search ad on Google, I interact only with its software layer and buy the ad through its Web site; the ad runs within minutes. Or I can write my own software that interacts with Google to place ads. Obviously, there are trade-offs for convenience. Google is a more frictionless, quick, and simple transaction, but the company’s prices are set in an automated way. Television has more fluid, subjective pricing, often the subject of fierce negotiation. Google’s product is standardized, with ads created by filling out an online form; television ads are unique on many levels and require massive human effort to create, with almost every product sale one of a kind. This example shows that operating a software layer isn’t just about running technology—it’s about a completely different way of managing your business.

The software layer is meant to streamline transactions so that people and organizations can interact with a company in a more automated and efficient way. This usability is the key determinant of the software layer’s success: the more frictionless and enjoyable an interaction, the more likely users will engage in it and in new ones, bolstering the broader organization. By contrast, confusing Web sites that, for instance, repeatedly crash frustrate users and drive them to competitors.

At Huge, we studied the operations of the Fortune 1000 companies2 and found dramatic differences in the efficacy of their software layers. Retailing, for example, was the most proficient of the industries we surveyed, but even within this group large variances were apparent. One major grocery brand, for instance, scored poorly in part because it hadn’t implemented many digital-media elements that would help it connect with and service users.

My sense is that the biggest challenge companies face when operating a software layer is precisely that it involves software. While technology companies are created from the ground up to build and operate great software, most others aren’t. And most companies can’t live with this ingrained disadvantage: as more consumers default to digital interactions, companies must become great technology organizations or at least build such organizations within their walls. In my experience, successful software layer operations require a mix of centralization, user focus, and integration.

The most effective organizations consolidate the software layer’s management and operations in a central technology group, whose leaders understand what it takes to build successful digital businesses. Such a group must meet the user’s needs, maintain a focus on profitability and technical feasibility, and have the power to make broad-reaching decisions that can affect the entire company. Most important, it can’t be an “internal agency” whose client becomes whatever intramural group hires it, as that will increase the risk of creating a software layer that only adds friction between a company and the lion’s share of its users. To create a coherent digital experience for an entire company, it’s important to break organizational silos and to integrate features and content that would normally reside in very different parts of the organization. The way Facebook and other tech companies—such as Burbn (which developed the iPhone photo-sharing program Instagram), Tumblr, and Twitter—connect with their user bases demonstrates this approach, which creates a standard experience millions of people use.

A mix of qualitative and quantitative research, market insights, and intuition is central to identifying consumer needs and devising ways to satisfy them. Different companies approach this imperative differently. At one end of the continuum are Apple and the late Steve Jobs, who was famous for putting himself in the shoes of users and intuiting their experience. Google is at the opposite extreme: iterative testing and lots of data.3 Either method has distinct advantages and disadvantages. The Google strategy often produces a series of small, gradual improvements, while the Apple approach is riskier and takes bigger leaps in the user experience and product design. But no matter which style fits a company’s culture and assets, management must dedicate resources to investigating user needs and consider them when making any decision about the software layer.

Integration with the core business

The software layer, at its best, will evolve from a communications or operational tool into an actual digital product or service. Dish Network, for example, has made its analog television service much more desirable by adding streaming video to it through the acquisition of Blockbuster. Nutrisystem has turned a food delivery offering into a powerful online dietary service by providing weight loss tools. Converse, New Balance, and Nike all allow consumers to design their own sneakers through Web-based programs. Integration such as this doesn’t happen
magically: the same central technology group that’s responsible for thinking through a company-wide software layer can boost the odds of creating competitive new business models and offerings by focusing on the relationship between digital experiences and a company’s existing analog products and services.

It’s perhaps easiest to envision how consumer-facing companies, such as retailers and financial institutions, can use the software layer. Yet any and all businesses that intend to survive the digital revolution should build a centralized, user-focused, and integrated software layer—or risk being left behind.

Aaron Shapiro is the CEO of digital-marketing agency Huge and the author of Users, Not Customers: Who Really Determines the Success of Your Business (Penguin, October 2011).